MEMORANDUM FOR HUMAN DIGNITY – OF EACH PERSON AS-A-PERSON 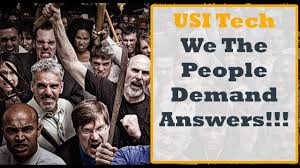 There is an enormous amount of information on the World Wide Web. It is necessary to focus on what is being searched for. It is not always easy to find, still it can be found. But even if you find it, it does not help much if you do not have the knowledge that allows you to understand and believe confidently.

The information differs. Some information is also diametrically opposed. About medicine. About science. About results, analyses, findings, assumptions, predictions, tests…

We, “ordinary citizens”, do not have the ability to distinguish and selectively classify them by faith and persuasiveness. Those who have no knowledge of medicine, science or technology, can try to ask legitimate questions, but can’t distinguish between answers offered – wcih is correct and which is not.

The right to know and the duty to say:

The public has the RIGHT to be informed, to “know”.

The media, especially the public service broadcaster Radio & Television Slovenia and other media comparable in terms of reach and influence (POPTV and Channel A), have the task DUTY of informing the public in a comprehensive, objective, impartial, clear, concrete and understandable way. Up to date. Daily. Hourly. Sovereign, credible and outstanding representatives of medical science and the medical profession should seek, invited to examine, to explain the researches, should be invited in front of microphone and camera. Slovenia is enriched by these people. Here they are, in our home country.

This should be done every day, several times a day, at the time of the highest evaluations – the public has a political, ethical, constitutional and fundamental right to such information. No naked statistics, no two-line news, no naked comments, no summaries of press conferences, no authoritative press releases and PR phrases. Analyses, studies, research, syntheses, explanations – CONTENTS. ESSENCE.

The same applies to radio – with the vast majority of people watching TV in the evening.

Not daily – party – politics. Not only government PR, its commissions and expert group. The “medical community” of the Republic of Slovenia should have the first and final word. This community exists, it is extensive, it is excellent, sovereign, in many areas brilliant.

Doubts, ambiguities, misunderstandings … must be clarified to the public, people must be educated. And above all: calmed down and not forced to be scared any further. Informing them professionally, truthfully, objectively, scientifically, professionally, with facts, evidence, connections, backgrounds, causes and consequences etc.

People, voters, should be treated respectfully, leniently, gently, carefully, responsibly and humanely. State should not hide information. People should not be lied to. None of this should be done to people, if a State be worthy of the name. The parliamentary OPPOSITION who deserves this status should act like the opposition. PROFESSIONALS, who deserve this name, should act accordingly. Representatives of the MEDICINE and SCIENCE should communicate with the public. INSTITUTIONS, worthy of this status, should act responsively. So should the MEDIA and JOURNALISTS.

Reality, realities and the unreal, or the sur-real:

I have more than just the impression that there are at least three parallel realities (although I am not claiming that any of the realities are really “real”): one for decision-makers who treat people as third-class subject, and insignificant individuals with only electoral significance; a second in the media, but their responsibility for people and in front of people is sliding down; a third in the social media

There is an enormous difference between all three. At the expense of the people.

The Information Commissioner and her office carry out their work in an exemplary manner. Without this institution, people would be left without any institutional protection of their rights and freedoms at this time.

What do the courts do?

What…, no, I will not comment on the Constitutional Court… I rarely keep quiet. And when I am silent, I give a clear and loud message.

I will skip another institution. That seems to me to be the best way.

Is the ombudsman’s office still “studying” the situation in the country? In kindergartens and schools? In parliamentary committees and commissions? In medical institutions? How lonh will it take?

Civil society – in quotation marks – and politics vs. antipolitics:

Did the “legal community” emigrate from the country?

Who are those who daily “search, read, research, investigate, ask …” and “inform”? These are the people. They are citizens. Who are not paid for it. Who have their own lives, families, children, partners, concerns, health problems, cost of living … They do it through social media. They are now the POLITICS. Only they are POLITICAL now. They exercise POLITICS. Literally in Aristotelian sense.

Everything else, all daily politics, is total ANTIPOLITICS.

Will people (have to) set up their own television, their own radio, their own PR service, will they (have to) hire their own professionals, go door to door with their cameras, to clinical centres, hospitals, health facilities, institutions, homes … And ask? And ask questions? To collect answers, explanations, reasons, to record them, enumerate, and publish them …? No, they cannot do that.

First of all, I repeat, I do not know the subjects that determine our everyday life, this situation, this event (except the law, when it comes to me, but I am also limited because I do not know everything, and above all I cannot do it all). We do not know medicine. We do not know the abbreviations, units of measurement and formulas used in scientific medical processes. If we can even manage to get the right documents or sources, because we do not know how to search in the same way as those who know them. So we can only ask. And have a doubt.

What is wrong with this picture?

Who will start to correct this picture?

Is the content of the attached contribution true or not? Is something wrong? What is true? Is it not true? Does it matter? What does it matter?

What does it convey? What is to be done? Why? How? And where?

Core and around the core:

How many amendments to the Infectious Disease Act have already been collected in the National Assembly? And what is the latest proposal? What about the law on health care activities? What is the situation with the Medicines Act? What about the already exposed provision of “Article 48”?

The adoption of such a provision would be unacceptable; to legalize entering the homes and private property claiming the argument of “public health and safety.”

Are the lawyers still “studying” it? Is it still being “studied” in the office of the institution of informal control and competence? Elsewhere? In the Legislative and Legal Service of the National Assembly? What does it say?

Where are those who screamed when it was safe and comfortable to scream?

In the name of the public who are addressing me: please start treating people as people, as your own people, as fellow citizens, as those who are holders of power, the people.

No provocations. No violence. No streets. No deception and manipulation. No lies. No pitfalls. Without distracting attention – people already know that attention is deliberately distracted. They know the state wants to make them angry and take to the streets. They know it wants to deceive them. They know they cannot do that.

Parents, step in and hold together. Teachers, step in and hold together. Parents and teachers, deans and teachers’ choirs, step up and hold together. Come to your senses. Put your faith in sincerity and truthfulness. Rely on your profession and your knowledge, skills, virtues. Rely on integrity. On ethics. On humanism. Not on distorted and wrinkled, shamefully drafted laws, decrees and paragraphs. Not on “declarations” and “forms” and “official notes” regarding pupils’ behaviour of not wearing “masks.” Not to stigmatization, segregation, discrimination and social isolation. Not on punishments. Bet on the Constitution. Bet on international law. Bet on your intellect when you read what is offered to you, when you read and realize, implement. Bet on your knowledge and reason. Bet on emotions, on forgiveness, on a loving relationship with others and the Other. Bet on people. Bet on human beings. On humanity.

Otherwise you have already lost, even though you may not know that you have lost. But you must know. And you have to take care of it. Otherwise, we have all already lost. And we will no longer win the lost: not you, not us, not the old, not the young, not the children, not the healthy, not the sick.

It’s not about masks, literally:

Masks are not the biggest problem. Do not make the masks the biggest problem. Especially not if there is no reasonable, much less urgent need for them. Do not be fooled and distracted by masks. Do not let the mask become a symbol of what is lost and can be irretrievably lost. There are bigger problems. Much bigger. And there are many. And they are not behind masks, masked. They are obvious. They are visible. Tangible.

And therein lies the trick of this time, of what happens and of the state: the easiest way to deceive a person is to give him what is incomprehensible to him (either because it is so absurd or despicable, or because it is so crazy, irrational or inexplicable and incomprehensible, either because it is so crude and disgusting), and throw it in front of his eyes. And he thinks: that is not true, that is not true, it’s not possible that nobody would do something like that visually and acoustically, openly, in front of the public. And this is a trick.

So conspiracy theories thrive: indictment after indictment leads to pseudo evidence that is perceptible and rationally explainable.

But reality is always crueller, crazier and more repulsive than theory. Even horror films are directed by someone after someone has written the script and the actors play their roles.

In reality it is different. It takes place “live”. And what takes place live must be unimaginable or almost unimaginable to take place live. This makes the unimaginable possible. Live. And usually it is the actual conspirators who are the authors of the conspiracy theories; it unfolds in an incomprehensible way, and constructed conspiracy theories distract attention. The trick is only apparently genius. From a psychological, psychoanalytical and emotional point of view, it is tragicomically simple.

It will be better if you put on a mask for a few minutes and constantly open your eyes to see and allow your head (by searching, reading, speaking, asking – competent institutions and people employed for this purpose – and thinking) to understand how things are, what is really going, and put in this all your efforts, glances and attention, directed to the truth behind the pseudo-masks. Then you will see more, overhear more and not ignore the essence.

Note: Since I did not study medicine and do not have this knowledge, I simply ask questions.

I wanted to post a link to an article in the Guardian about Covid-19 TESTS.

The FCB server writes to me when I try to post that I could be punished for distributing “fake news”.

But I am only interested and only ask because I do not know the answers.

And people would like to know. So they, who know, can tell them / us. And they / we need it.