The Future of Public Communication: A Proposal on how “Hate Speech” Could be Defined in Europe 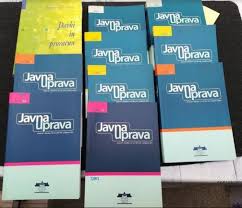 It became obvious that Europe needs, and really wants, its own hate speech concept. So, it needs to be defined—precisely enough. Not only in legal theory and in the case-law of the constitutional courts of the EU and Council of Europe Member States. The definition must be developed and offered primarily by the ECtHR. Its judgement in Vejdeland vs. Sweden (2012) offered only a descriptive guidance for a possible definition of hate speech. It emphasised that“offensive” and “hostile tuned remarks” can be legally prohibited and criminally prosecuted, especially if such remarks can be legally recognised and evaluated as “very severe accusations based on strong and really unfounded prejudice.” In June 2020, the ECtHR passed its final judgement in Carl Jóhann Lilliendahl vs. Iceland addressing the homophobic hate speech. While the Court used the term hate speech, it still did not define such speech as a concept. Combining the ECtHR case-law on freedom of expression in the last eight to five years with understanding of this concept by the European Commission and with the supposed definition from the Slovenian Criminal Code, the author offers an alternative proposal for a common and comprehensive European definition of hate speech.