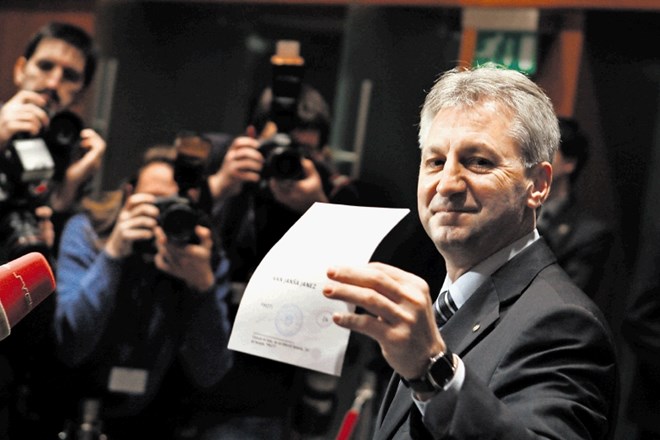 The first question: the constitutional concept of “power of the people“

In 1995, when I was in my second year at the Faculty of Law in Ljubljana, I first thought that the terms “people’s power” and “people’s sovereignty” were not synonymous. When I was offered a position as an assistant at the Faculty in 1999, I took a closer look at this topic. During the doctorate thesis presentation at the Faculty of Law by a person who had successfully defended her doctorate and later became a constitutional judge and the President of the Slovenian Constitutional Court, while I have been present as a recorder of the event, I developed the conviction in my head that the so-called “national party lists” and the method of electing deputies at that time were a matter of violation of the constitutional principle of “people’s sovereignty” and therefore unconstitutional. In 2005, at a conference event at this faculty, I publicly advocated for the first time that the two terms, “people’s power,” or “the people as holders of the political power” and “the sovereignty of the people” are not synonymous. In 2009, however, I published an article on this subject, in which I also addressed the problem. After that, I addressed this issue publicly several times.

I’ll explain it very briefly. The concept of “the power of the people” is not the same as “the sovereignty of the people“. Therefore, the terms are not synonymous. The closest to the concept of “people’s sovereignty,” which does not exist in the Slovenian constitutional order, is the concept of “sovereignty of the nation.” It represents the right of the Nation to decide on its political identity. That is why the Slovenian Nation, being a part of the Yugoslavian federation, could found a State and thus become a Nation with its own State – the Republic of Slovenia. With the important addition that the Slovenian people, who did not represent the “nation” but were allowed to vote on the independence of Slovenia in the plebiscite, also contributed to this. Some of them were later “erased” by the state from the official population registers (a well-known story that cannot be restored here, even though – tragically, but true – they are still legally unresolved and the injustices are unpaid).

A Nation is a group of people who, historically speaking, live in a certain area for a longer period of time and are linked by a common history, tradition, culture, customs, fertility, etc. The People, on the other hand, are all people who live in the country and have the right to vote, either by staying at home every four years on the elections day or by electing future members of parliament (active right) or by running for a seat in parliament (passive right). This is linked to the citizenship of the country.

A Nation exhausts its sovereignty when it chooses a political identity in the form of its own state. It can change this decision later. Therefore, it has this right. And when it does so later, such a right of “Nation” includes all those who are not “the Nation” but are “the People”. Both terms and concepts must be understood in this respect as politically and legally equal and of equal value.

“Power of the people” means that only the people can establish a new power – daily-political, party coalition and opposition. They do this by going to the polls and casting valid ballots to vote for those who run in the election: individuals and parties. But this “power of the people” is also curtailed because no composition of the National Assembly has yet ensured the equality of votes for all people as voters, by eliminating excessive differences between constituencies and assures that each vote has equivalent importance or weight (this problem has already been addressed by the Constitutional Court, but the National Assembly has still not implemented the dictum from that decision). Besides that, the legislator has still not guaranteed the right to a priority (so-called reference) vote: neither directly nor indirectly. The Constitutional Court has also decided on this, but without evaluating this aspect of electoral legislation to be also unconstitutional (contrary to the majority decision was a highly convincing separate opinion by the constitutional judge Ddr. K. Jaklič). The power of the people “legitimizes” the daily political power: the coalition and the opposition in the National Assembly. The power of the people can also be exercised through a referendum. Thus with the form of the s. c. “direct democracy”. In principle also with the “popular initiative”, which in itself means nothing if it is ignored by the parliamentarians.

The people act as sovereign, as supreme, only in elections. Otherwise, the people and their “authority”, which is enshrined in the Constitution as one of the fundamental constitutional principles, do not even come close to sovereignty. The people cannot demand passing laws, cannot demand that they be passed, and cannot even demand that the Constitution be changed/amended. After all, all these issues are decided exclusively by the members of the National Assembly, or since accession to the EU, the Brussels technocracy, bureaucracy, and anti-political administration. The ‘authority’ and the ‘will’ of the people are restricted by the CONSTITUTION, and therefore by international law, in the same way as it applies to all three branches of government.

A referendum motion can therefore also be unconstitutional. Even in elections, even if this corresponds to the “will” of a certain part of the people, a party that advocates unconstitutional goals may not attend the election process.

Fundamental human rights and freedoms and basic constitutional principles (democracy, the rule of law, and the welfare state) are sovereign, not rulers, state institutions, or the will of the majority of the people (the so-called foundational model of constitutional democracy).

Classical Slovenian textbooks on constitutional law, even decisions of the Constitutional Court, report a misinterpretation of this question and draw the wrong conclusion: they represent the “power” and “sovereignty” of the people and use them as synonyms.

The second question: the right to vote as a “right

The people have the right to vote. They thus exercise the “power of the people” when they elect their representatives, but above all their parties and their presidents. The fact is that elections are still very personalized: the people vote with a motivation that is primarily determined by their relationship to individual parties and to party presidents, and some parties have been and are even named after the president of the party.

The right to vote is a “right”, but it is not an obligation. It can also be a duty. Many people politicize that it is a duty. There have been some suggestions as to how to actually become a duty. I have also discussed this in the past. When I did this for the first time, I took the view that it is not a duty and cannot become a duty. When I did so for the second time, I took the view that it could become a duty if a number of other and additional conditions were met so that this duty was sufficiently justified. In particular, I advocated the idea that voters should not only have a preferential vote but also the possibility of validly “not voting for anyone”. That this would be the option available to them – on the ballot paper. Therefore, such ballot papers would no longer be invalid. Of course, there is no willingness among politicians to achieve the necessary majority in the National Assembly for the legalization of such an electoral alternative. Politicians do not want to risk that with the circle of “vote for no one” more valid ballot papers will be cast than for the party that becomes the relative winner of the election. Or that there might even be more of them than the number of votes cast “for someone”.

The third question: the privilege of voting in Parliament as a “duty

My point is that especially in a vote like (just for example) a vote on who will become a constitutional judge of the Constitutional Court, the people’s representatives MUST either vote FOR or AGAINST the candidate. Even if the vote/ballot is “secret” (secret is mainly for the public, for the people, but it is not secret, or at least not explicitly, completely and absolutely secret for those who are in Parliament and have voted), the power of the people is curtailed: because the people do not know how each of the people’s representatives of the whole people voted.

Of course, this is only a small part of the problems of Slovenian welfare, constitutional and parliamentary democracy. But it seems to me to be an important part.