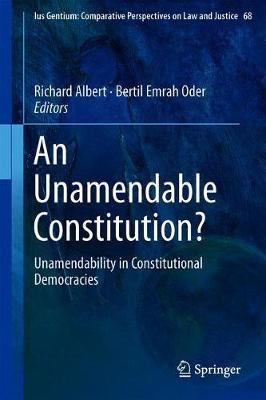 THE STATE OF AFFAIRS

Everything I do, or not do, regarding the law and communicating the law in public, is founded with the best possible intentions. In undisputed bona fide manner.

Sometimes my fellow professors and legal scholars/theoreticians and me, who belong to the generation born, let me say for the sake of the argument itself, but not categorically decisive, between 1974 and 1984, also exchange thoughts about how it is sometimes so irritating and disturbing, even unbearable, to know, hear, read and observe when some (not all, not even close to all, just some, even though those “some” are still too many) of the older representatives of the legal profession in Slovenia (I really don’t want to say “do not understand” or “are not (cap)able to think about certain concepts of legal theory and philosophy”, even though it sometimes strongly appears to be so)… don’t want to seriously discuss certain constitutional issues, concepts, and doctrines. Even constitutional law and constitutionalism as such, in particular. But we do care about these issues, concepts, and doctrines – a lot. And we care about them, individuals, as we care for our homeland, our profession, our public role, democracy, freedom, human rights and freedoms, and the people. We also care for the future, strongly, but with concern.

It is a problem and we do not like it, because this is also true of some of the otherwise publicly recognizable and influential teachers of the law. With public and institutional influence. So it matters quite a bit. They, themselves matter, academically and publicly. Even politically. How they speak publicly about particular legal issues or the law as such, how they teach the law, how they decide on legal questions when being at a position of public officials – it matters, substantially, it is a great deal. And we respect, deeply, all these facts and circumstances. We respect them. But… So… let there be a constructive discussion, let us discuss – with them, together. Let there be a genuine “discursive legal community”, enabling the homeland to be and to develop, to progress as a “discursive constitutional democracy”, as a model of “foundational”, social (Well-fare), constitutional democracy, striving to be a real “democratic community.”

And, of course, the same goes for the civil servants and other public administration employees who have completed one of the formal university law study programs. And are official “lawyers”, the equal (and with this equality comes the equal responsibility) representatives of the “legal community.” This is also the reason why we – limited in time and space – use our privilege of writing, speaking in public, publishing, and discussing these constitutional concepts and questions, in public, and especially with the students. Critically. But we do not discuss these issues with those respectful members of the national legal community who still do not want to discuss these issues with us – especially the issues when there is a substantial or strong disagreement at hand. It’s mainly because they, those individuals – highly respectful lawyers – obviously do not want to accept us as equal discussants when we speak and write about issues they do not want to discuss. Or even, on some occasions, they simply and obviously do not understand certain concepts and legally-philosophical approaches towards law, “the state of affairs” in the legal profession. In such a social and academic environment it is then impossible to create and evolve the “debating/discursive constitutional democracy.” Such democracy, most of the time only “written on paper”, even though generally accepted in legal theory, should also be an open environment, a sphere, founded on the principles (and values) of equality, liberty, openmindedness, and pluralism, where people, professors, researchers, teachers…, where “we” could and should discuss such issues – constructively and cooperatively, with the best intentions and in common search for the best possible (most founded and persuasive) argument.

Debating on so important legal issues, such as the “unconstitutional constitutional amendment doctrine”, or “constitutional law-making activism, or “free speech”, or “right to privacy”, or the “doctrine/mechanism of constitutional escalation of sanctions against the legislator”, or the “general problem with the Judiciary”…, should be our common concern and aspiration. Even though debating could be quite a polemical one. And regardless we could even be silenced; but with the “power of an argument”, expressed and confirmed in the discussion, in debating, and not vice versa, with “the argument of power”. Or worse – with ignoring us, by pretending as if we do not exist and as if we have nothing important and useful to say about the law, and especially about the constitutional law and modern constitutionalism. It could even be proven to us, the younger generation of legal scholars, that our legal explanations are not persuasive enough, that they lack the support in legal literature, doctrines, in comparative case-law, or on the basis of legal reasoning. Or, that we are simply – eccentric fools. But this is not the case.

The parliamentary political parties act somewhat differently; if our views suit them, they refer to them; if they do not suit them, they refer to us as someone who has been (daily-politically) “sold” to someone else, or as someone who is (to say gently) “confused”, or pragmatically recalculated. That is the way it is with daily politics (political parties). But not with us. Hm, I hope not… At least as far as I am concerned, this does not apply to me, to my professional and public work, verifiably and provably.

As long as we have the privilege of publicly expressing our legal views and convictions, we must exercise them. At all costs – professionally and privately.

The question of constitutional and unconstitutional interference with the text of the Constitution is a subject that too many lawyers and law teachers/professors refuse to discuss or even can’t understand (not in the sense of “fully accepting” the doctrine of an unconstitutional constitutional amendment, but more in sense of denying its existence and refusing to discuss it), and politicians cannot think it. It is not a subject of an open and inclusive discussion within the profession. But it can be read and studied in the legal literature. In books written or edited by the greatest authorities and most esteemed legal scholars.

The same argument applies if a particular legal issue is regulated by a constitutional act/amendment that contradicts the already existing content of the Constitution, the previous decisions of the Constitutional Court (not in all cases, but surely in some cases), or conflicts with the European Convention on Human Rights. More specifically, if its substance is contrary to the interpretation of the ECHR given by the ECtHR in its judgments.

I strongly oppose such a position. I claim the Constitutional Court is also competent and responsible for the substantive (not only formal) assessment of the acts of constitutional rank and constitutional amendments in the following cases:

2. if the National Assembly legally regulates a particular legal question by enacting a constitutional act, even though such legal question must be regulated by an ordinary law (this may exceptionally be replaced by a decision of the Constitutional Court);

4. if an internal imbalance or contradiction in the Constitution is created by a constitutional act enacted by the National Assembly – the legislature;

Opinions (from politicians, professors of law, and other lawyers) that the sole “form” of a constitutional act/amendment could – legitimately – be used to circumvent the decisions of Constitutional Court and the already established constitutional rules and principles (values), indicate a lack of understanding of constitutional law, legal ignorance, modest awareness of the law and a low political and legal culture. It reflects the inability to think of modern constitutionalism and constitutional democracy as such.

Justice Ddr. Klemen Jaklič, partly dissenting and partly concurring opinion to the Constitutional Court of the Republic of Slovenia decision No. U-I-32/15.

“16. I voted against the fifth point of the operative part because the statement of the majority in this part is too sparse (it contains two very short paragraphs in total) and without serious substantive arguments. This is in response to the proponent’s assertions that the National Assembly should respect the will of the people in the referendum on the majority voting system of 1996, which was later confirmed by the Constitutional Court decision but the National Assembly surpassed the Constitutional Court decision with a constitutional amendment enacting the system of proportional representation, with the decisive influence of the voters on the distribution of parliamentary seats.

19 Since the present case raises precisely some of the questions that also arise in the comparative literature and constitutional jurisprudence mentioned above, this two-sentence justification of point 5 of the tenor was so flat for me that I felt obliged to vote against such overly light approaches to first-class constitutional issues.”

(Note: my much longer and more complexed article on the issue is currently under a pweer-reviw for the possible publication.)

Prejšnji prispevek
On the Legality and Constitutionality of Measures and Restrictions On Constitutional Rights in Slovenia, During an Official Coronavirus Pandemic 2020 – Supplement
Naslednji prispevek
The Right to a Dignified Life Must Be Protected Effectively and Convincingly as Reasonably Possible