In support of Mr. Julian Assange – and His Freedom 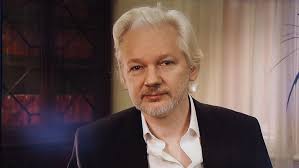 The reading of the Constitution, international legal documents on human rights and European Convention on Human Rights, the implementation of these documents and their execution in daily social practice must be the language of the Heart and the lovingly forgiving way to the Other, the bond of Man to Man, the question of Freedom, Dignity and Humanity, the framework of the Democratic Community.

This conviction is the core of my ethical self-understanding in the role of a constitutional scholar, a critical intellectual and a publicly active citizen, a “political subject.”

The case of Julian Assange, or the question of whether the United Kingdom Government should extradite him to the United States, contains the fundamental question of human dignity and the liberty interest; it is a matter of freedom, to be free, to live as a free human being, as a publicly responsible civic activist and thinking citizen, as a “political animal,” according to Aristotle. Also as a conscious, principled and determined citizen of the World, when it comes to the question of the struggle for democracy, human rights, the rule of law, the transparency of daily politics and the democratic legitimacy of power institutions. Besides that, every individual has a fundamental human rights, to be protected from fear.

The basic prerequisite for achieving this goal is the uncompromising legal and political protection of freedom of expression, freedom of public communication, free activity of the media and of all people who exert influence through their public work, being granted the status of “public watch-dogs,” as free journalism and public media are also characterized by the ECtHR in its case-law (Note: The judgment of the ECtHR in the case of Magyar Helsinki Bizottsag v. Hungary (2016) recognizes the status of “public watch-dogs” also for publicly active and critical professionals, academics and citizens, comparable, if not equivalent to the status of the media representatives and journalists).[1] The democratic function of freedom of speech, freedom of public communication, freedom of the press and media is an indispensable and necessary condition for the achievement of these objectives and for the protection of the fundamental values of life, liberty, democracy, the rule of law and human rights and freedoms. The issue of political transparency is of great importance in modern society, in everyday social life. The civil-public monitoring of the legitimacy of political institutions, policies and legally binding decisions must be understood as an enticing obligation of all people in all countries of the World, which no individual should ever give up. And which no political institution, power or government should deny, prevent or punish anyone for such action.

Dr. Andraž Teršek, this time as publicly active, critical and thinking citizen, a “political animal,” according to Aristotle.

[1] See Helen Thomas: Watchdogs of Democracy?: The Waning Washington Press Corps and How It Has Failed the Public. Scribner. Reprint edition, (June 12) 2007.