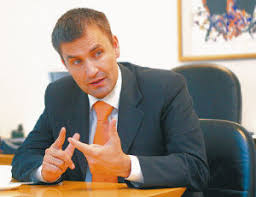 Mental health is considered to be one of the biggest and most serious health problems in Europe, especially (according to the statistical data) for the last decade and more.[1] And it is a serious problem in Slovenia also; putting – this must be especially emphasised – Slovenia near the top and in some recent years even on the top of the list of European States with the highest rate of suicides per capita.[2]

Slovenian public still awaits the information how many cases of suicide and suicide attempts were there during the Coronavirus pandemic.[3]

During the Coronavirus this health problem of the society as a whole has even deepened and expended. Publicly speaking psychiatrists, psychologists and psychotherapists have confirmed such evaluation. Living conditions were hard to bear and damaging for people with depression, depressive disorder or other mental health problems. Especially since constitutional rights to freedom of movement and socializing were limited by Government Decree.[4] Movement across the municipal borders was restricted, socializing strictly limited, sitting on benches in parks, streets and even in the natural parks or on the edges of the woods was prohibited. For any movement from one municipality to the other a single individual needed a special reason or special permission. Even though “the state of emergency” was not officially declared (the Constitution explicitly determines the conditions for such declaration and those conditions were not fulfilled)[5] the exceptional circumstances of public life had an effect as if it has been declared. Slovenian citizens were living in de facto “state of emergency” and in quarantine.

It soon became obvious people are quite frightened. And they seem to be even more frightened as days went by. Another problem became obvious: hostile disposition towards each other was on the rise. Too many people behaved as they were the police, the surveillance agents towards each other, taking photographs and video recordings of their neighbours and strangers, presumably breaking the government decree not to stand too close to each other when having a conversation, not to socialize in groups of more than five people, not to cross the municipal borders on foot, on bikes and with cars, not to sit down on benches, not to throw balls in basketball playgrounds etc. Too many of them were sending such material to the police. Slovenia almost became a Police State: not because of government action to dam the pandemic or due to police actions in practice, on the ground, but because of the puritanical character of too many individuals.[6]

Based on media reporting Slovenian citizens were informed daily about the country’s performance in tackling the pandemic. The public was provided with statistical data on a daily basis: how many people have been tested for CIVID-19, how many of those were positive and how many people daily died – from the Coronavirus. As the number of infected from virus increased, so did the fear of the people. A significant part of the public also expected more information about broader context, such as the age of those who were infected, their other diseases, possible terminal illness etc. This could be detected mainly on online forums and on Facebook profiles publicly available for comments and discussions of the situation and developments. It could easily be concluded that people are quite scared. Especially the elderly.

This fear didn’t go away with the officially proclaimed end of the pandemic. And it won’t go away easily. We can only hope such fear won’t become a new epidemic. Since some citizens are still wearing masks when waking down the streets, driving cars, even exercising in nature.[7]

Slovenia has a National Programme for facing the mental health problems and suicide.[10] But – if I may be critical on the issue and doing so in good faith and with the best intentions – in recent years the forecasts and commitments written in that document were not realised in social practice with optimal efficiency. Even a special Act on Mental Health[11] was enacted, in 2008, publicly introduced as an appropriate legal framework covering the problems of mental health of individuals and of the Nation. Bit this statute (this can be gently noted) is nothing special. Most of the provisions concern general principles for the work of medical staff and for the operation of psychiatric institutions and written elsewhere, with addition of the provisions transcribed from the judgement of the Slovenian Constitutional Court determining fundamental right of individuals (as patients) who are posted, by doctors or by court decision, to Psychiatric Hospital for treatment.[12]

The systemic arrangement of the mental health problem remains insufficiently effective. The deficit of professional staff, funds and special capacities remains.[13] Inside the frame of public health system and medical institutions, which I strongly consider to be an absolute legal and political priority in the near future, this problem must not be ignored or put aside as secondary or even less important.

In the next months and years special concern should be given to the analysis, interpretation and synthesis of some of the essentially constitutional – not only medical, philosophical and sociological – questions and problems directly related to mental health and the problem of suicide. In other words, mental health and suicide as legally (not just medically) relevant phenomena must be fully and publicly addressed as a matter of high ethical responsibility, moral lucidity, social priority and – last but not least – necessity from the viewpoint of legal policies.[14]

The quality, effective and available system of public health must be understood as located in the core of the constitutional principle of “Social State.”[15] This system must be politically and legally strengthened, not weakened. Socially responsible political community may not disregard this issue. Substance and scope of fundamental rights and freedoms most closely connected with mental health and the problem of the annual number of suicides per capita represent special, the most intimate relationship between the State and individual. So the positive nature of constitutional rights (which calls on the State to take effective legislative, personnel, financial and other measures to protect human rights – the positive legal obligation of the State), especially the rights to life, health, healthy environment and human dignity, must be safeguarded with more effort of the State and its institutions, not with less effort. The judiciary needs to deal more strictly with cases concerning constitutional acceptability and legal suitability of statutory solutions regarding those right. In this context the sufficiency of legal policies must increase, not weaken. Possible excuses of the daily-political realm referring to “lack of financial resources” for effective confrontation with problem of mental health and public health in general should not be used as an escape from the political and legal responsibilities of the State regarding human life, health and dignity.[16]

Legal aspects of mental health and the suicide problem represent a subject with quite some deficit in respect of scientific research and evaluation. At least in Slovenia.[17] This presents us with necessity to make first and sufficient steps forward. The model of modern constitutional democracy and the constitutional doctrine of positive obligations of the State enable and demand new approach to legal aspects of mental health and suicide. Some new and legitimate, but still reasonable and feasible expectations towards legal policy and constitutional obligations of the State have to be made. A comprehensive legal and constitutional analysis should fulfil the gap in national and international prospect.

As far as Slovenia is concerned, its traditional problem with suicide is quite well known. It seems this fact opens the door for analytical scientific approach from the legal perspective very widely. All the relevant potentials of legal mechanisms should be determined and used for the purpose of reducing the number of cases of suicide and mental illness present in current social life. Suicidiology[18] can and must be addressed from the legal standpoint also. Success of such approach could enable Slovenia to be progressive in evolving quality and effective public programmes of medical care, psychotherapy, nursing and palliative care.[19] I consider this to be among the absolute legal and political, not only medical priorities for Slovenian State Administration in the next two to five years. Lost time in this regard needs to be made up quickly, with increased awareness, responsibility and effectiveness.

Legal community must offer assistance to the employees in the public health system in finding the most appropriate and efficient approach to face these challenges. This is a matter of responding to ethical responsibility. I call upon national legal community to put more interest and effort in this problem.[20] Not to above all oppose or criticise the government policies in the field of the public health system but to offer assistance and new solutions.

[3] During the pandemic, a website was made available to the public where useful information and addresses could be obtained to prevent suicides: Postaja za razumevanje samomora (In Engl: Station for understanding suicide). Available at: http://zivziv.si/mediji-samomor-covid/  (12. 6. 2020)

[7] In my lectures for students (at the Faculty of Law, Faculty of Education and Faculty of Humanities) I always include philosophical and psychological aspect of law, human rights and legal policies. Sometimes I rather refer to philosophical explanations of different mental states or emotional sensations than to those which are explained in the most commonly used psychological literature. Such as, for example, Lou Marinoff: Raje Platona kot pomirjevala! (In Eng.: Prefer Plato than Sedatives!). Mladinska knjiga. Ljubljana 2011

[9] For detailed explanation of this doctrine and the literature see A. Teršek: Teorija legitimnosti in sodobno ustavništvo (In Engl.: The Theory of Legitimacy and Modern Constitutionalism). Univerzitetna založba Annales, Koper, 2014. Or A. Mowbray: The Development of Positive Obligations Under the European Convention on Human Rights by the European Court of Human Rights. Hart Publishing, Oxford, 2004.

[12] The decision of the Constitutional Court of the Republic of Slovenia No. U-I-60/03.

[15] A. Teršek (Ur.) Človekovo dostojanstvo in duševno zdravje (In Engl: Human Dignity and Mental Health). I explain the constitutional dimensions of this political and legal issue in the chapter: (Ustavno)pravna odgovornost države in družbe za kakovost duševnega zdravja (In Engl.: Constitutional Responsibility of the State and the Society for the Quality of Mental Health). Available at: https://journals.openedition.org/revus/93 (fulltime free access).

[16] See, for a general interpretation of the positive obligations of the »Social State«, especially including the field of public health, A. Teršek: Socialna država: utopija ali priložnost? (In Engl: The welfare state: utopia or opportunity?). Pravnik, Ljubljana, No. 1/2009.

[17] Before the unexpected and most tragic death of prof. dr. Andrej Marušič, due to cancer, the two of us had a plan to include the law and legal research into the suicidiology. His death prevented the execution of this plan.

[18] After the death of prof. Andrej Marušič the Slovenian Center for Suicide Research was established, as a research department at the Institute of Andrej Marušič (UP IAM). But since I left the institute no legal research on the issue has been done.