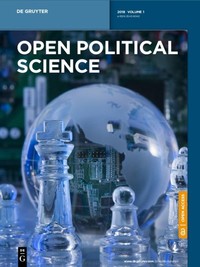 Andraž Teršek: A Populist Monster and the future of Constitutional Democracy

The central objective of the post-socialist European countries which are also Member States of the EU and Council of Europe, as proclaimed and enshrined in their constitutions before their official independence, is the establishment of a democracy based on the rule of law and effective legal protection of fundamental human rights and freedoms. In this article the author explains what, in his opinion, is the main problem and why these goals are still not sufficiently achieved: the ruthless simplification of the understanding of the social function and functioning of constitutional courts, which is narrow, rigid and holistically focused primarily or exclusively on the question of whether the judges of these courts are “left or right” in purely daily-political sense, and consequently, whether constitutional court decisions are taken (described, understood) as either “left or right” in purely and shallow daily-party-political sense/manner. With nothing else between and no other foundation. The author describes such rhetoric, this kind of superficial labeling/marking, such an approach towards constitutional law-making as a matter of unbearable and unthinking simplicity, and introduces the term A Populist Monster. The reasons that have led to the problem of this kind of populism and its devastating effects on the quality and development of constitutional democracy and the rule of law are analyzed clearly and critically.